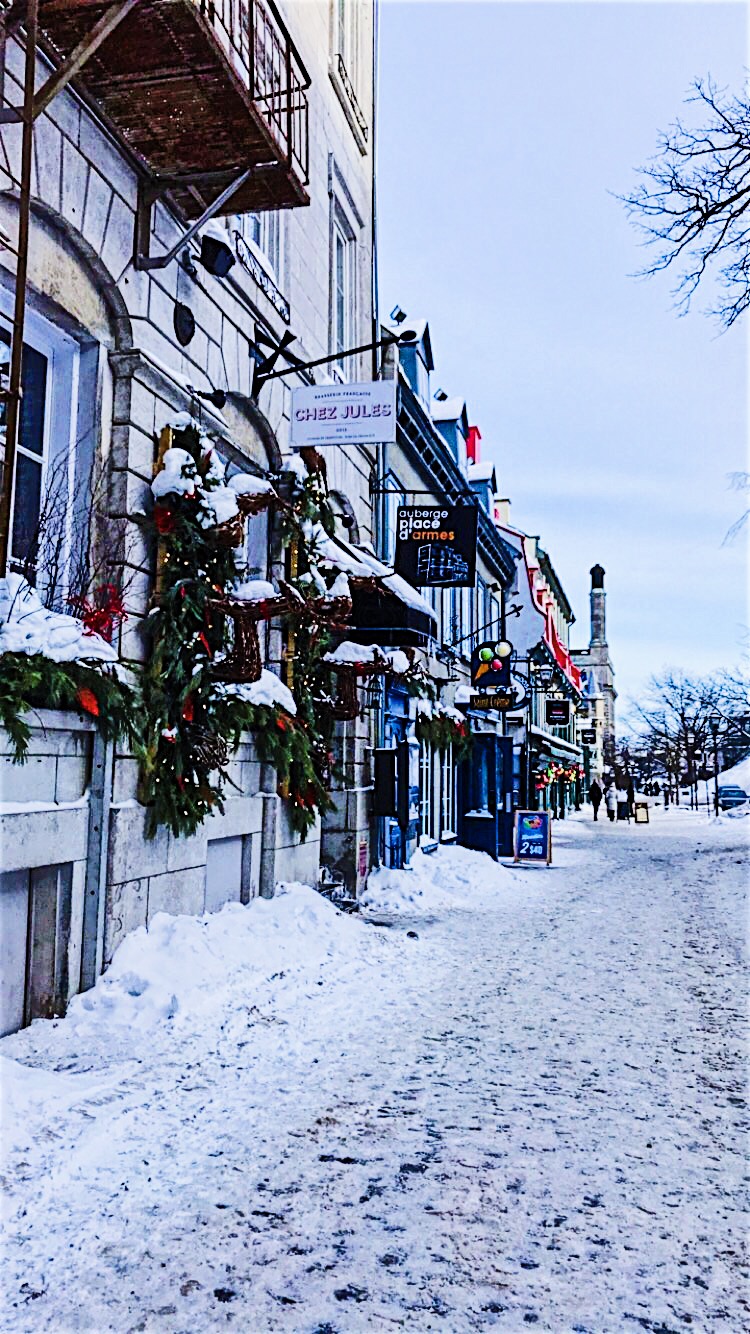 So we decided to go to Quebec City for our first trip of 2018. The drive was thankfully not too long – a bit under three hours from Montreal – because it’s a bit of a boring drive, nothing scenic. It seemed shorter to me as I got to nap most of the way :-). We spent two days and one night here, a quick weekend getaway, but it was worth it and very beautiful. The city of Quebec is your quintessential European old city in North America. They mostly speak French but you can get by with English in most shops, restaurant and hotels. We stayed in the beautiful Fairmont Chateau Frontenac in the Old Town, centrally located to most restaurants, shops and museums.

As you would expect in one of the oldest cities in North America,  there is so much history in Quebec City dating back to its founding in 1608. We got a chance to visit only one museum (MUSEE DU FORT) and learnt a lot about the history of the city and the seemingly endless battles between the French and British and later the Americans as they all fought for control for this beautiful and strategic place. Back in the 1700s, Quebec City was basically the gateway to North America from Europe through the St. Lawrence river. No wonder everyone was fighting to gain control of the city. The museum has a really cool, if somewhat kitschy, animation  of the wars and I definitely recommend a visit if you are in town.

We also did a bit of shopping. There are quite a few outlet shops for luxury designers within the city, so plan ahead and prepare to indulge  🙂

The weather unfortunately was not cooperatiing(-22C/8F), so did not get a chance to walk around the old town as much as we would have liked. Instead we drove around to see most of the city, and definitely plan to come back over the summer.

Please enjoy a few of  the  pics  that were mostly taken from inside where it was nice and warm:) 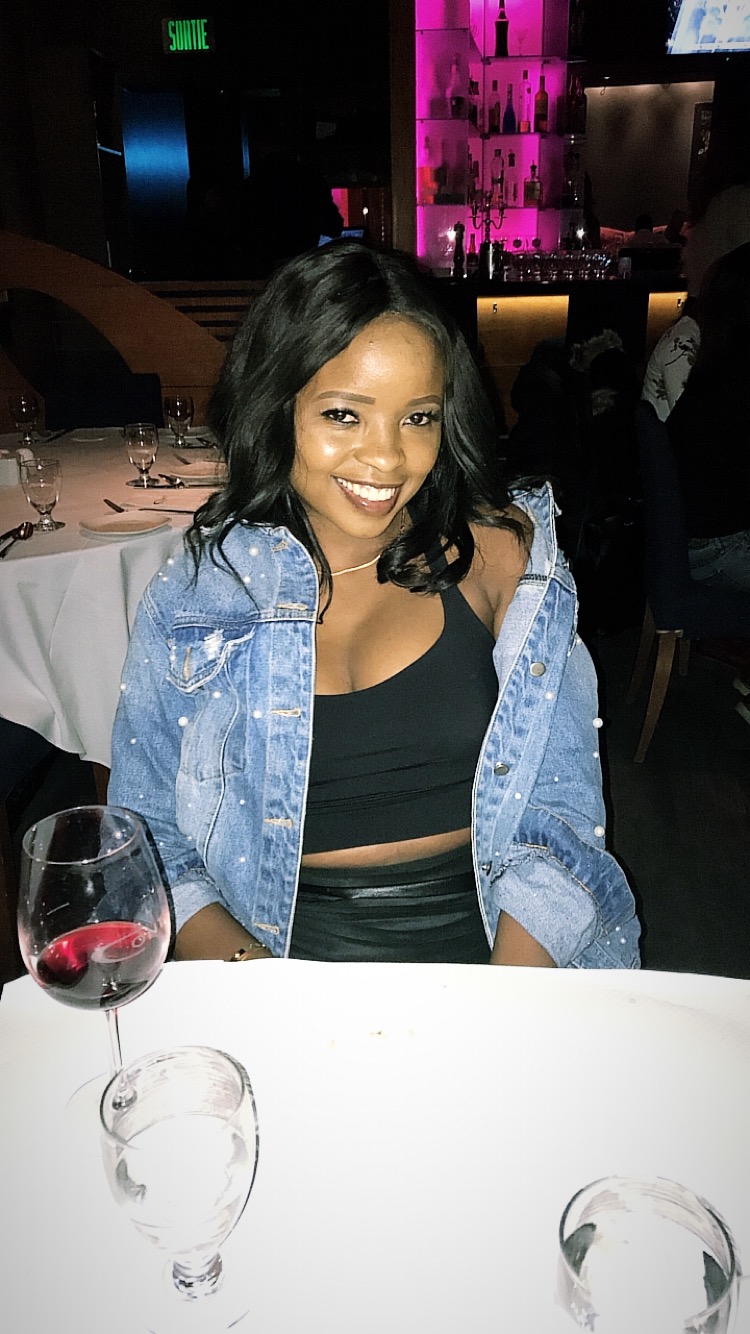 DINNER AT CONTI CAFE IN OLD QUEBEC, COOL AMBIANCE, SO SO FOOD 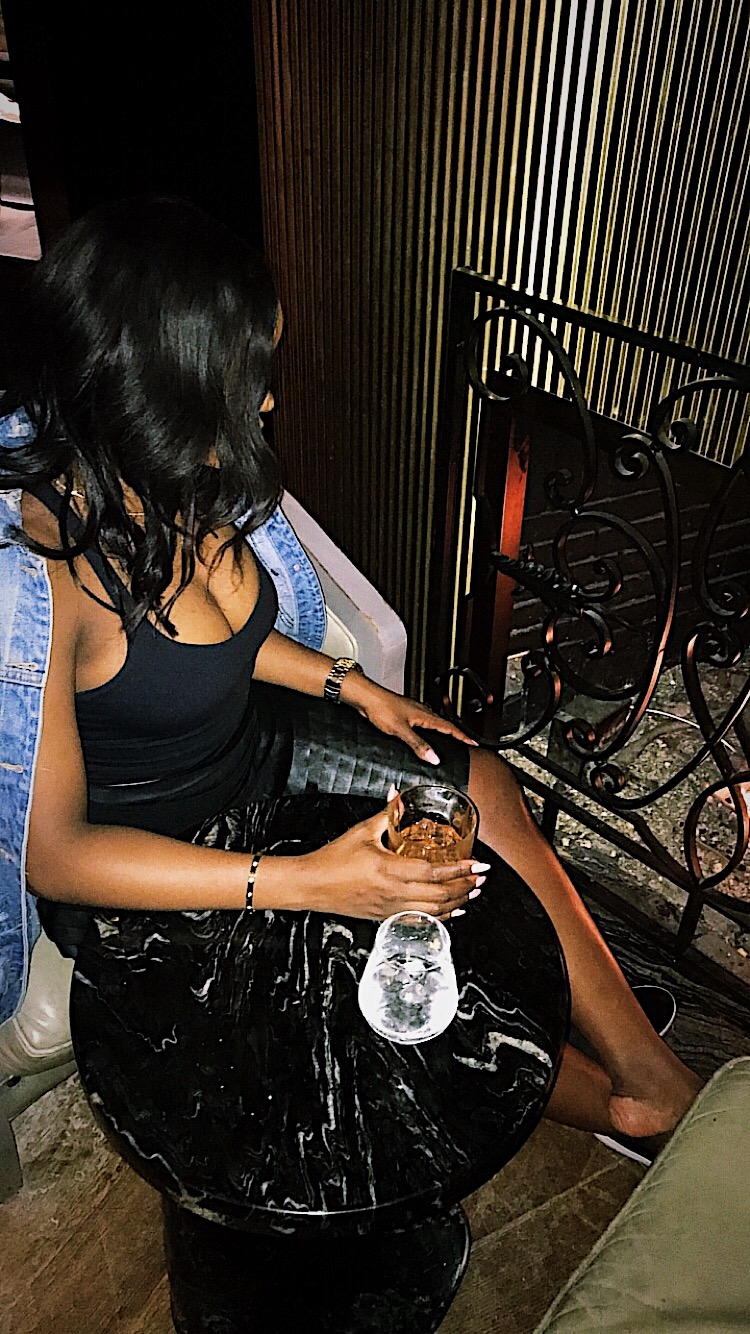 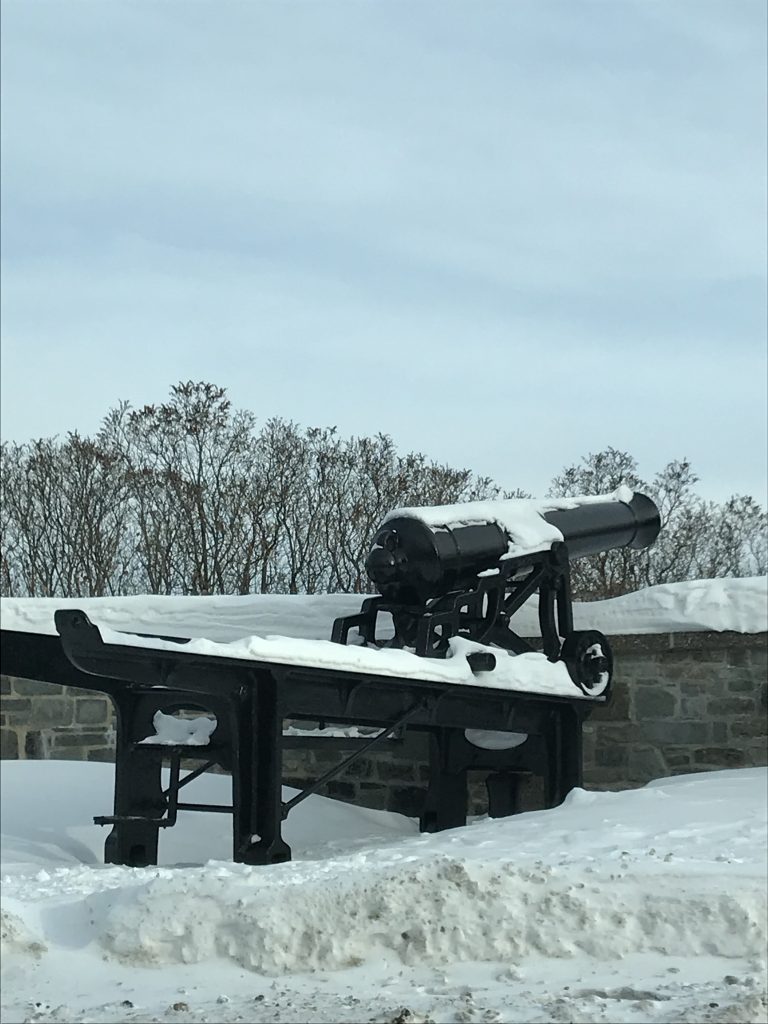 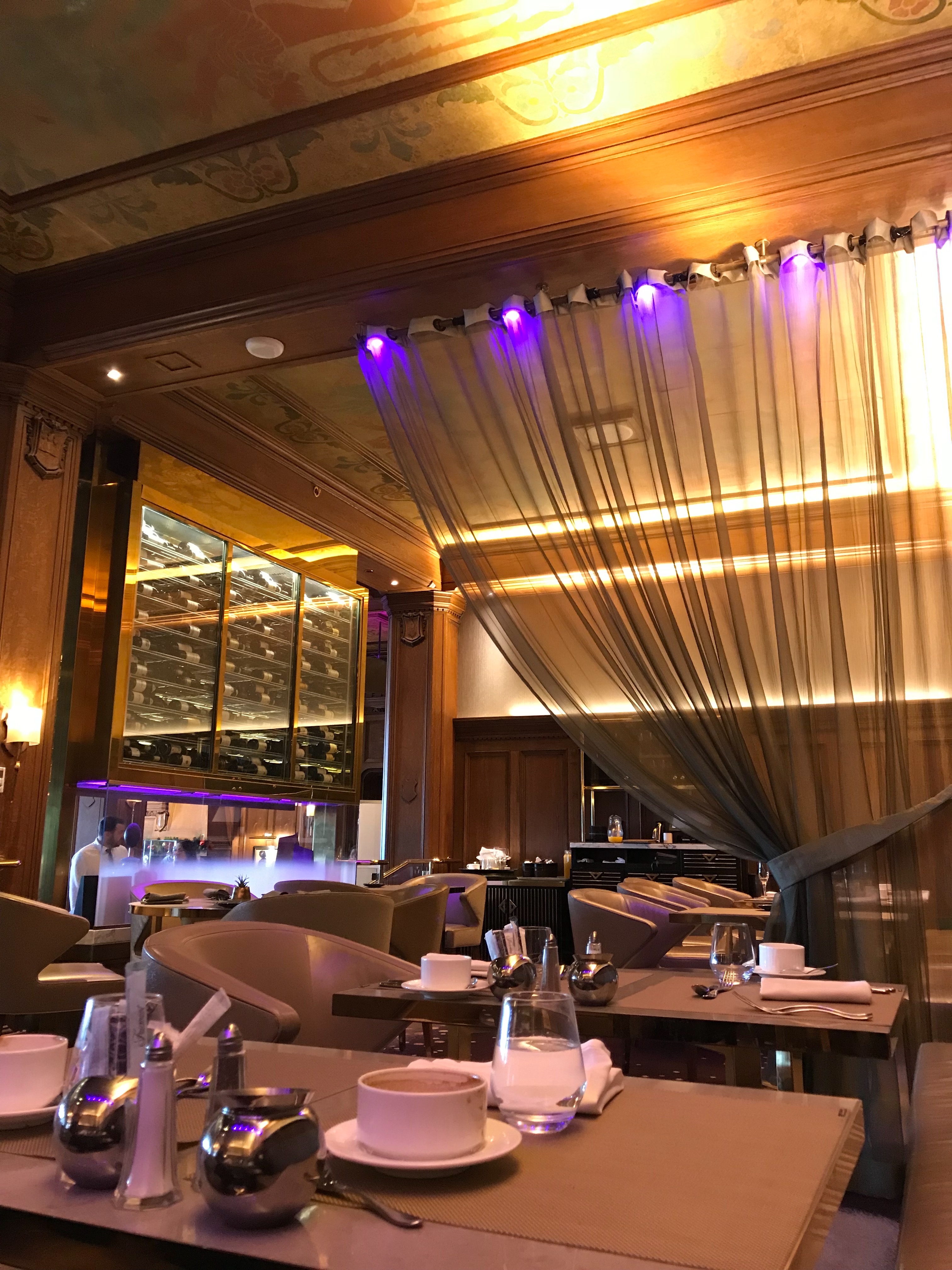 REALLY COOL DETAILS IN THE BREAKFAST ROOM, CHECK OUT THE OAK BEAMS 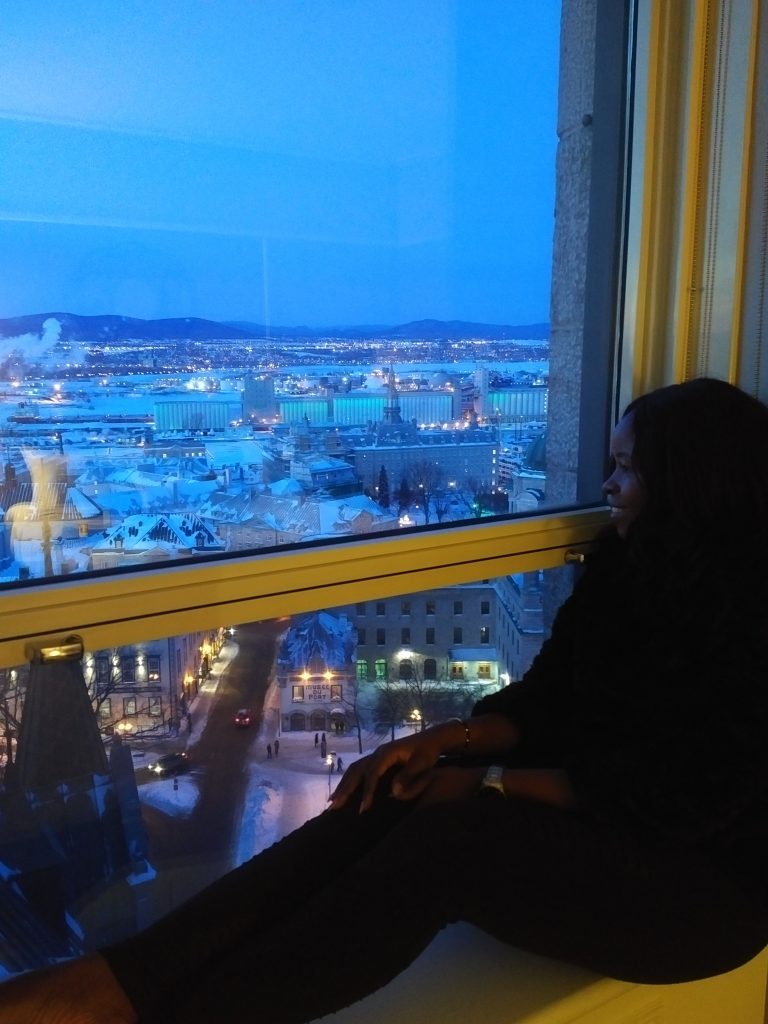 THE VIEW OF VIEUX QUEBEC FROM OUR ROOM AT CHATEAU FRONTENAC 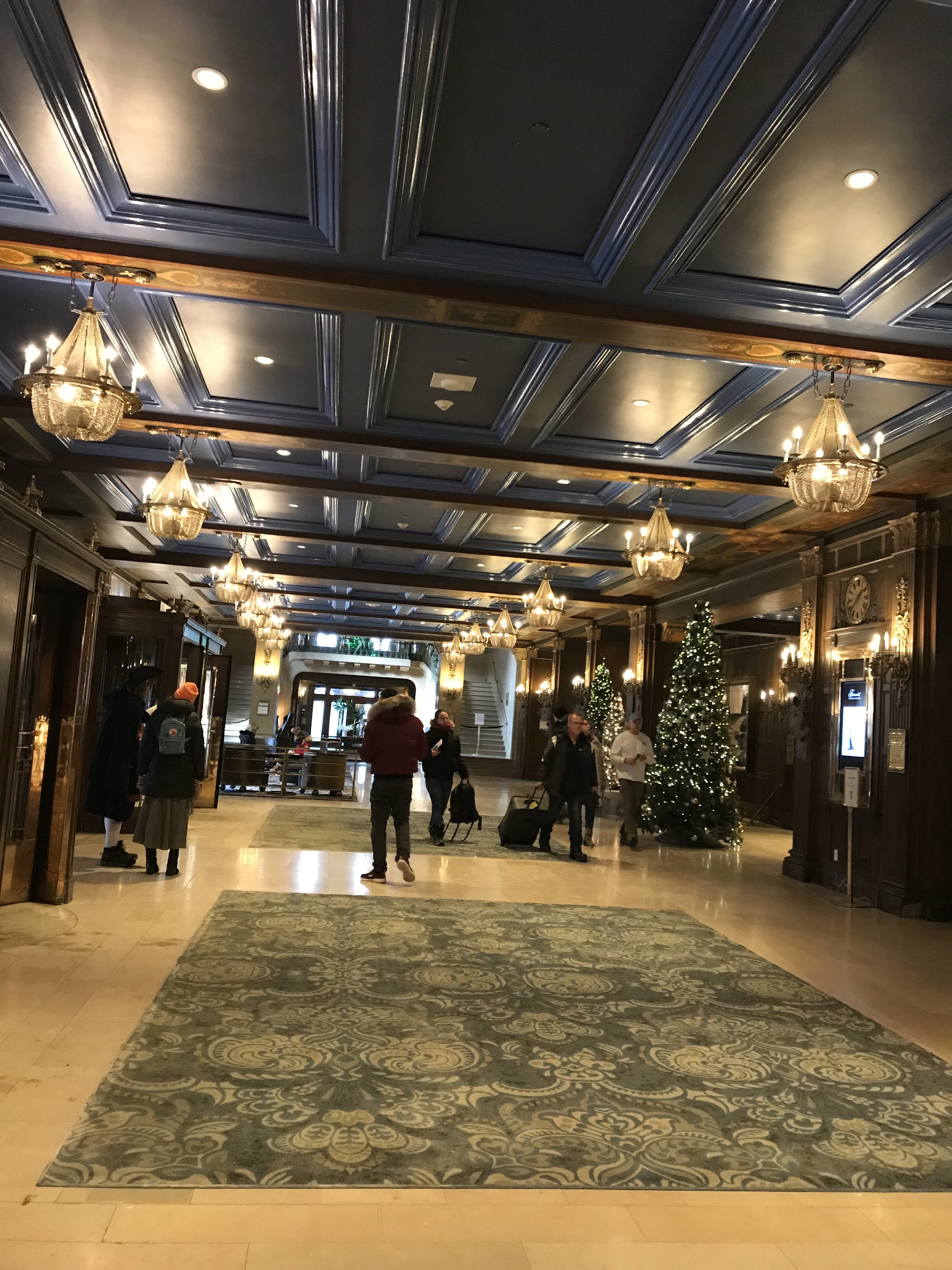 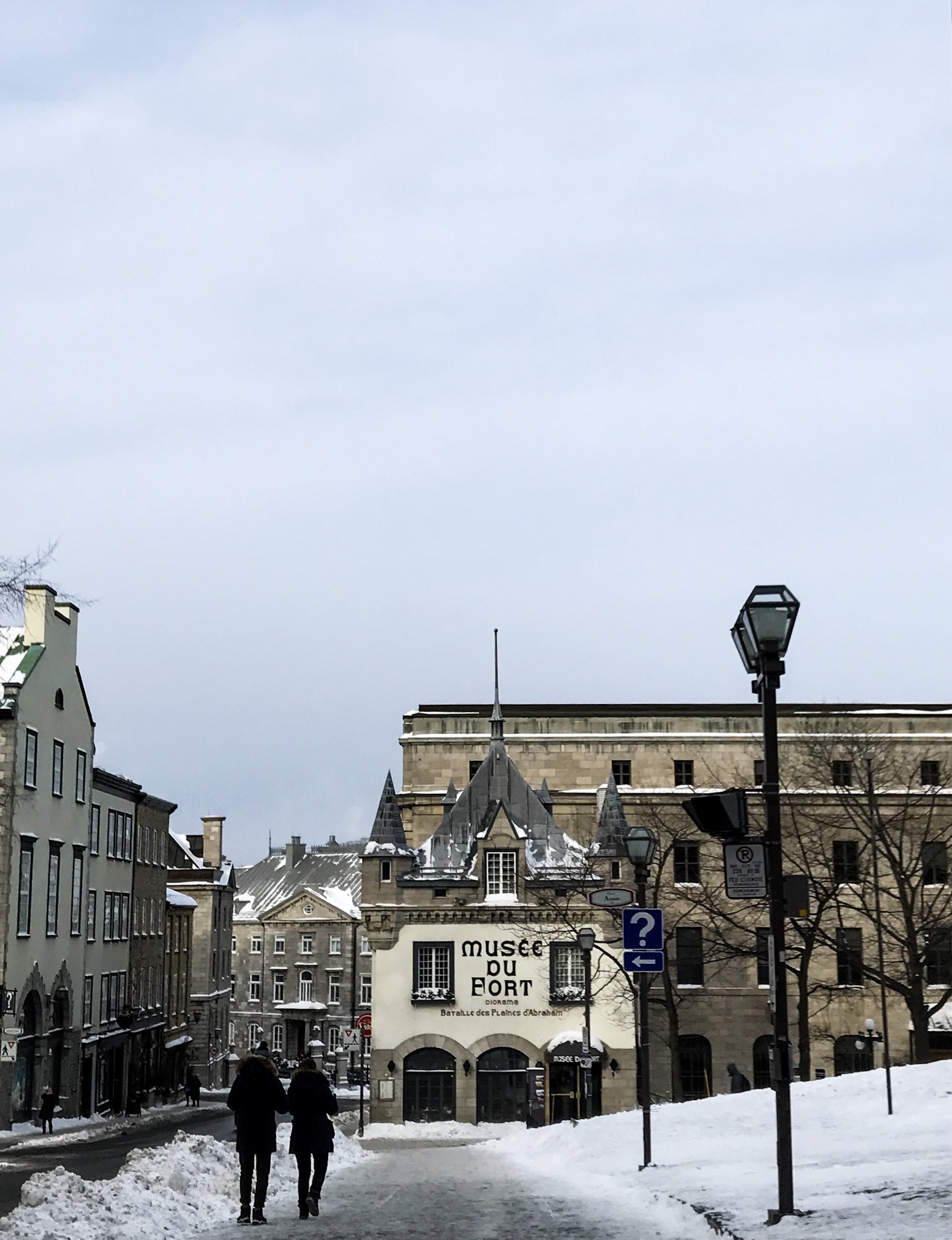 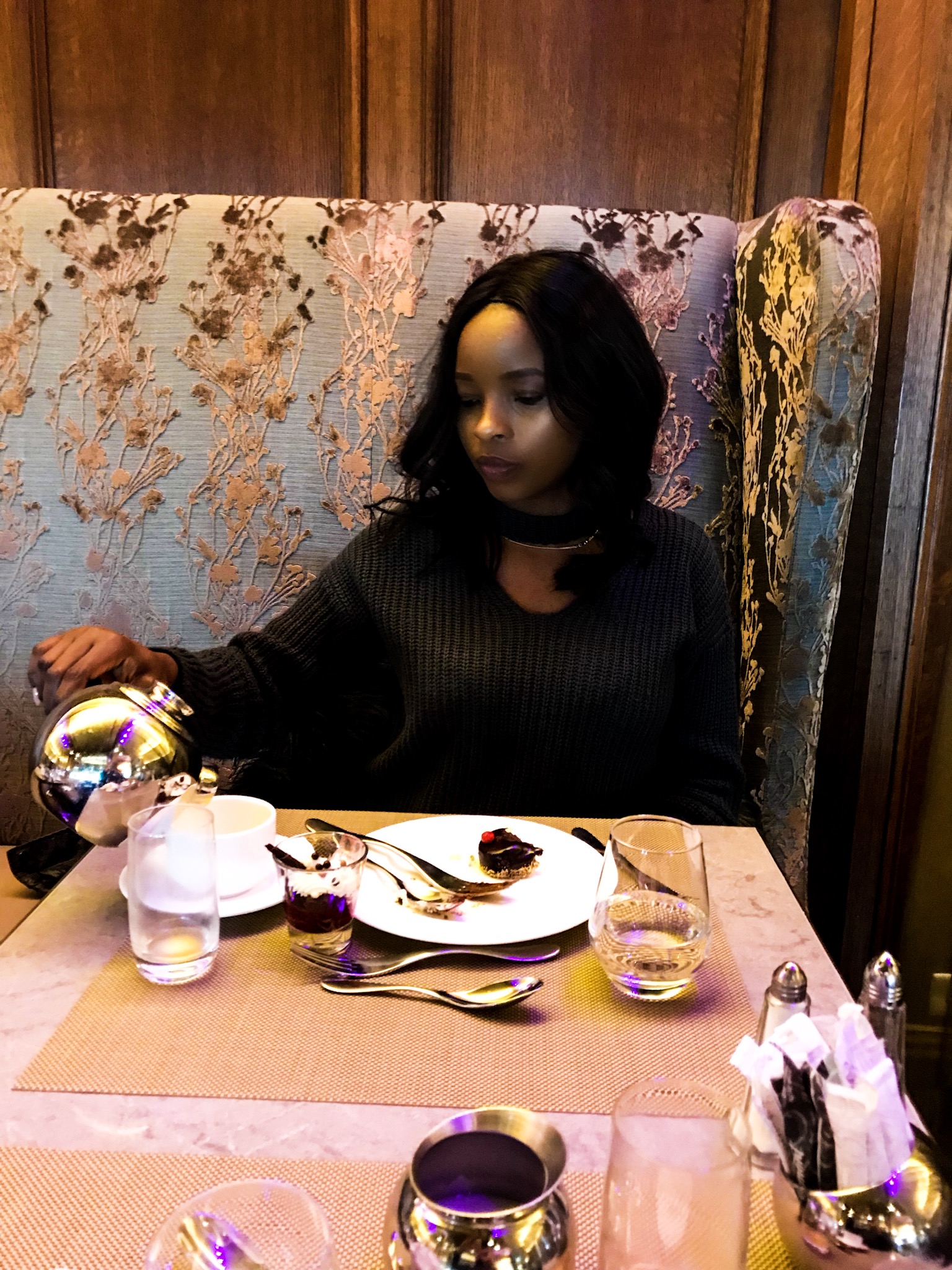 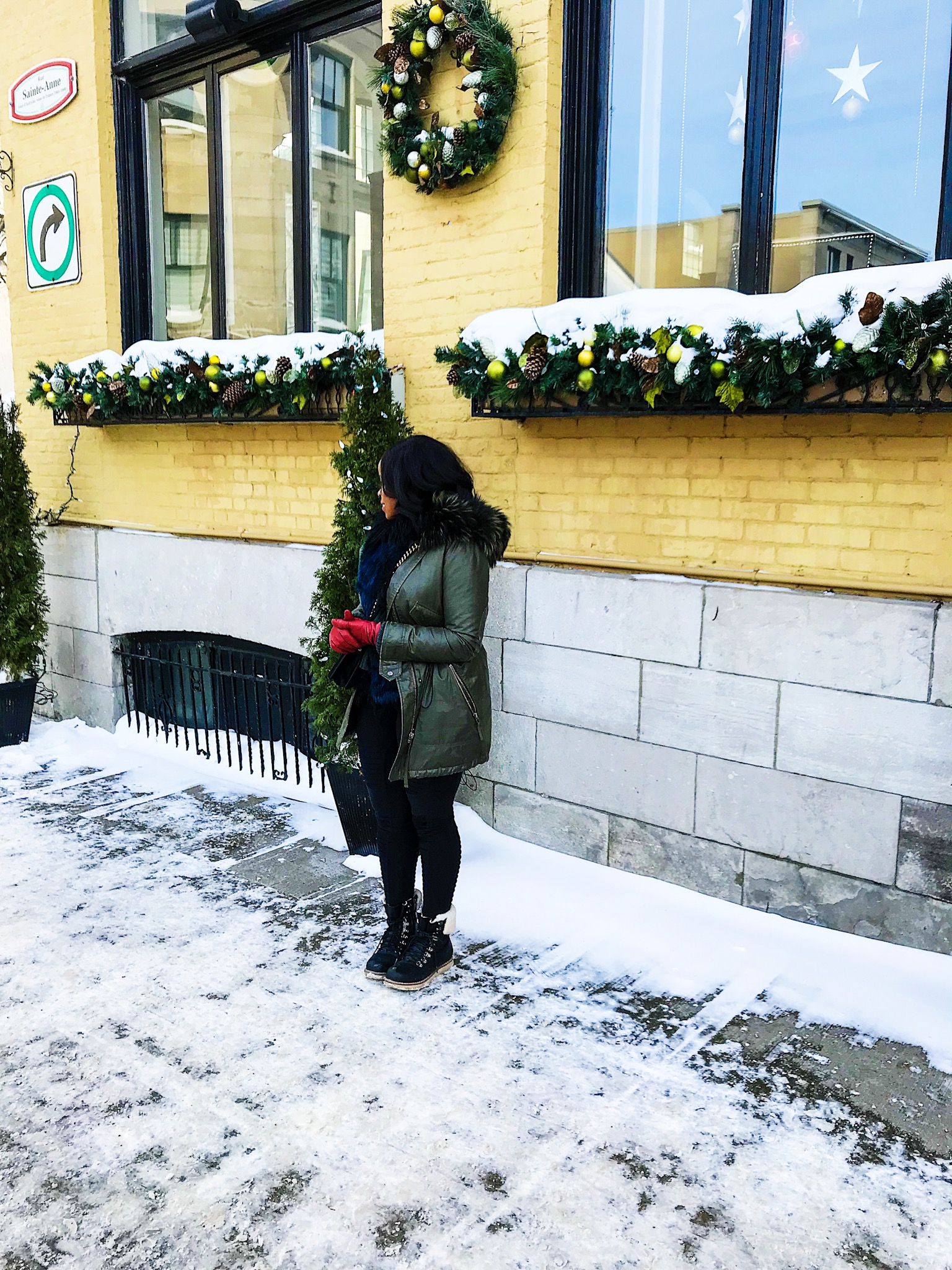 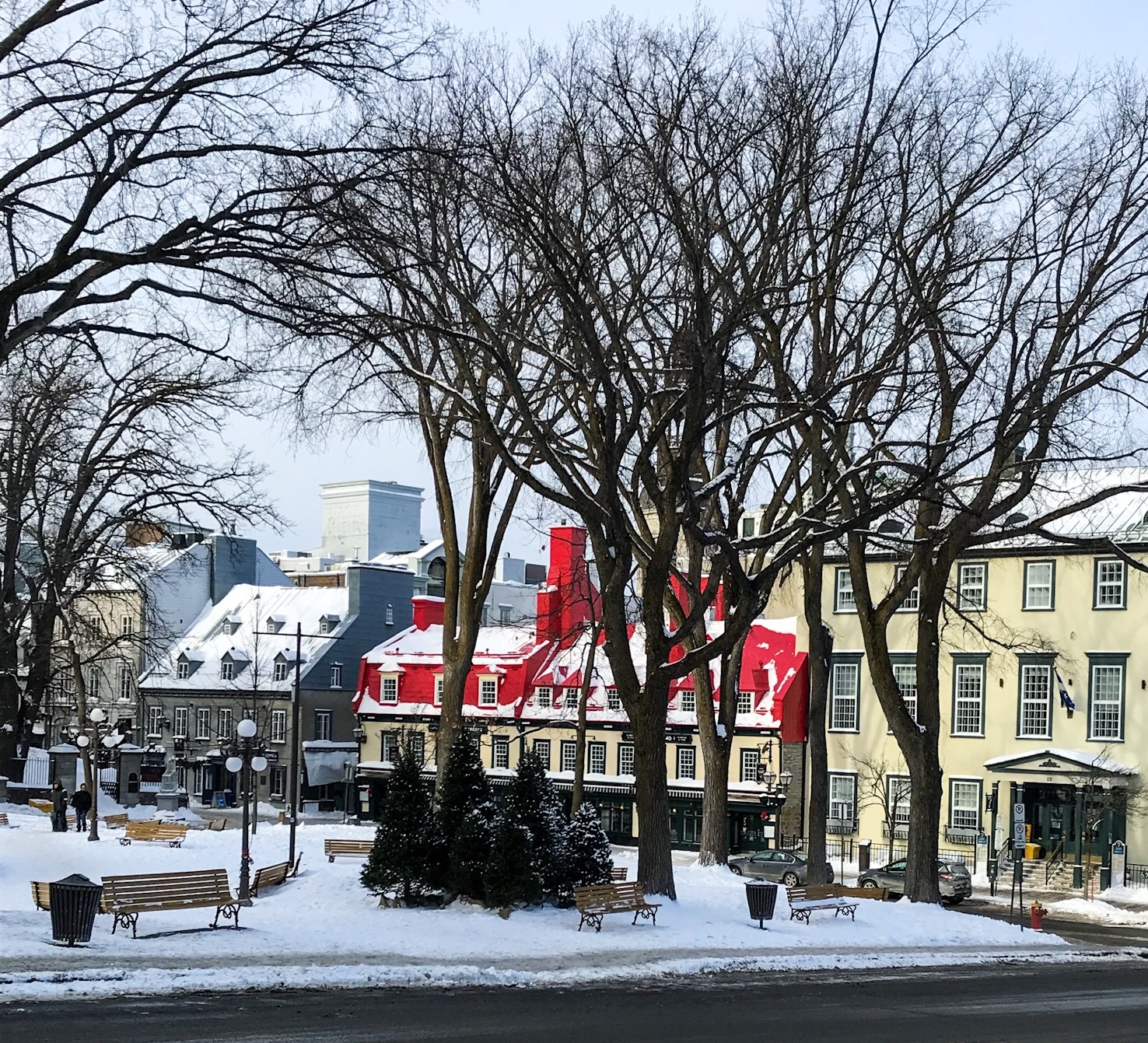 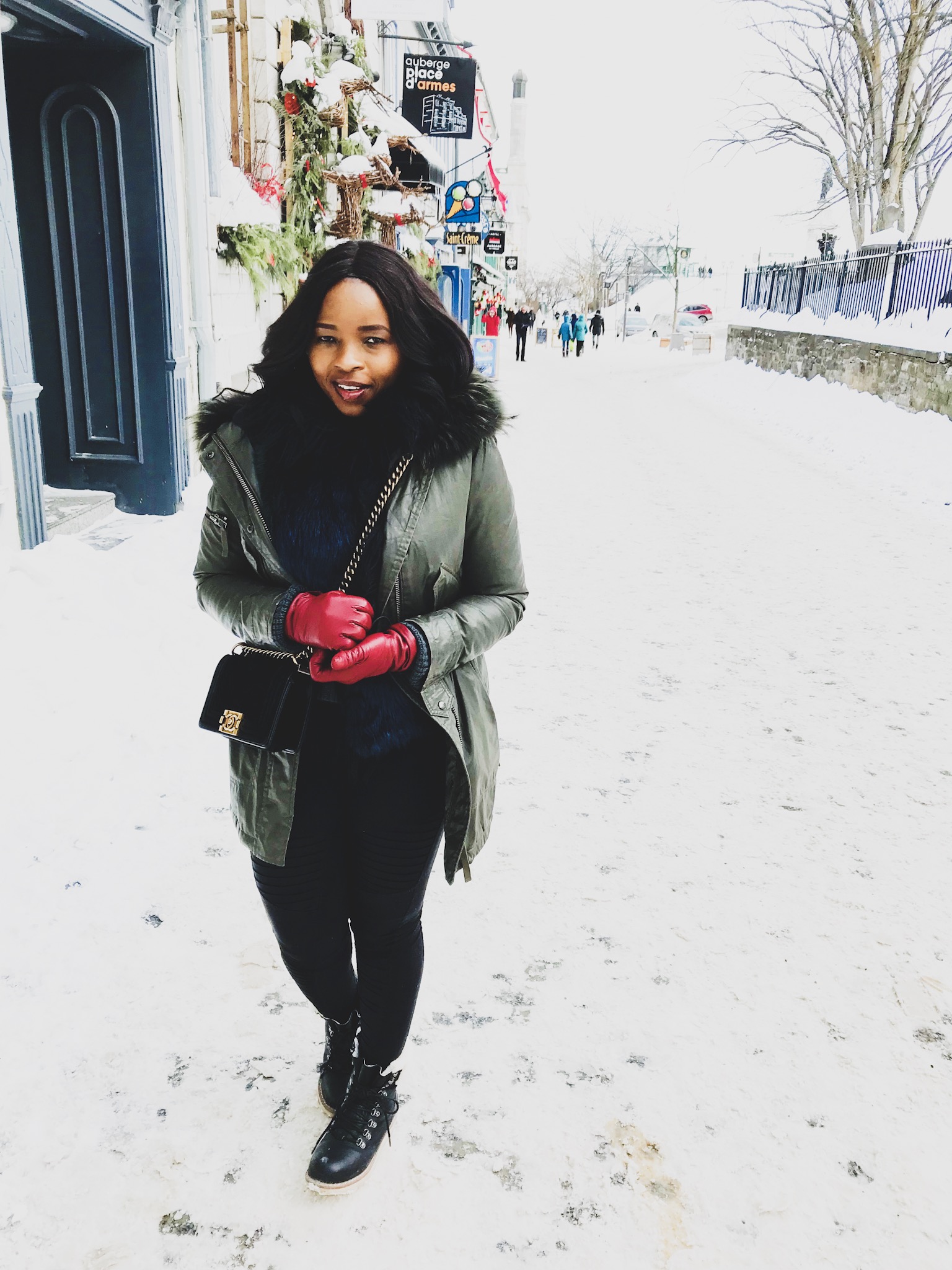 WALKING AROUND THE OLD TOWN